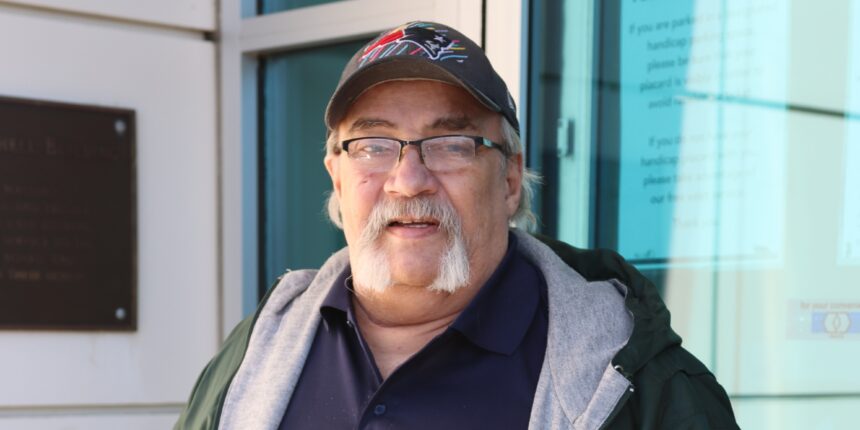 Every day, George Squillante promises himself a good day, but his optimism almost failed him in March 2020, when he learned he had stage 4 lung cancer that spread throughout his body.

George had sought care when hoarseness, coughing, and wheezing made it hard to talk to customers in his job as a tire and mechanical services salesman. At his wife Diane’s insistence, he went to the Southcoast Urgent Care Center in Wareham and soon found himself in an ambulance headed for Charlton Memorial Hospital. There, he was diagnosed with lung cancer so advanced that surgery was not an option.

A few years before, it was a diagnosis that could have left George with just a year to live. But Dr. Sonia Seng, MD, a Medical Oncologist with the Southcoast Cancer Center, ran a series of molecular tests that revealed a cell mutation in his tumors that was susceptible to an immunotherapy drug that at the time was relatively new. She recommended six weeks of chemotherapy to kill cancer cells, followed by immunotherapy infusions to train the body to identify and fight the cancer.

Thanks to cutting-edge immunotherapy, which was developed through years of international clinical trials with participation from Southcoast Health doctors and patients, many of his tumors have shrunk and even disappeared.

“It’s really a miraculous treatment,” said Dr. Seng, who prescribed the therapy. “He is thriving on treatment and has an excellent quality of life. His cancer is now more like a chronic condition to manage.”

Since beginning treatment, the tumors on his liver, lymph nodes and spine have disappeared and his lung tumor is significantly smaller. He credits the support of Diane, a medical technician at Charlton Memorial’s Emergency Center, and his grandchildren, Aiden Perry, 16, and Gabriella Perry, 14. He also gives kudos to Dr. Seng and Southcoast Health for the care they continue to deliver. Every three weeks, he still receives immunotherapy at the Southcoast Cancer Center in Fall River.

“It’s the highlight of my week,” he said, noting that everyone is friendly and he has an affinity with the nurse who administers his infusions, Lisa Mancini, RN.

At 72, he is retired from the job he thought he’d work “till the day I dropped” and he still relies on his wife to drive him where he needs to go, but he takes joy in what he can do. The former commercial artist and architect spends time drawing, observing the birds at his feeders, playing with his two dogs and doting on the grandchildren he and his wife are raising.

“Cancer didn’t beat my spirit,” he said. “I love life, I love living, and I love people.”