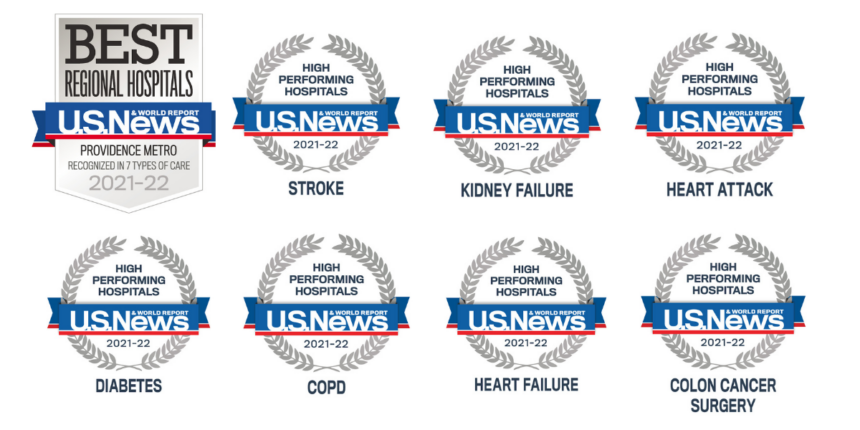 FALL RIVER, NEW BEDFORD, and WAREHAM, Mass. – The U.S. News and World Report has announced that Southcoast Hospitals Group – which includes Charlton Memorial, St. Luke’s and Tobey – is ranked #9 on its list of Best Hospitals in Massachusetts and #2 in the Providence Metro Area.

Out of the 102 Hospitals in Massachusetts considered by the U.S. News and World Report in 2021, just 11 met the standards to be included on the list.

Out of the 11 hospitals on the list in Massachusetts, Southcoast Hospitals Group is the only one ranked in the South Coast, Cape and Islands region. This year, it is the sole non-teaching hospital recognized in the Providence Metro Area, and one of just a few recognized in the Commonwealth.

Southcoast Hospitals Group ranked as a high-performing system for seven procedures and conditions:

The U.S. News methodologies in most areas of care are based largely on objective measures such as risk-adjusted survival and discharge-to-home rates, volume, and quality of nursing, among other care-related indicators. For more information on the U.S. News and World Report recognition please visit Best Hospitals in Massachusetts Rankings | US News Best Hospitals.