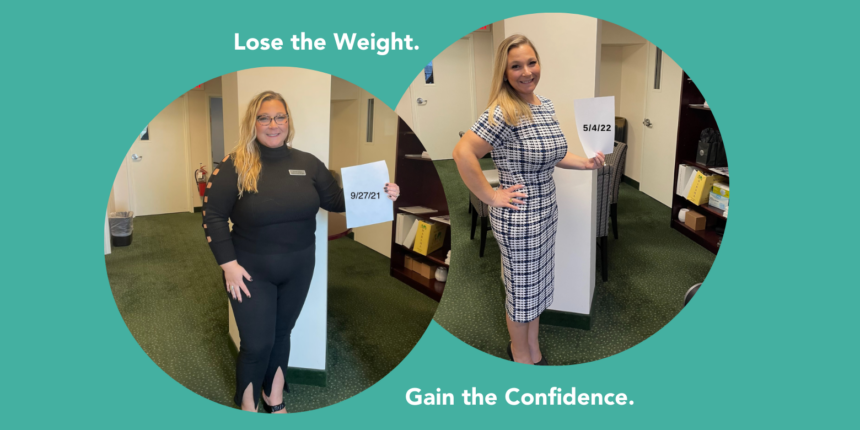 Jennifer Tavares was approaching her 40th birthday when she decided it was time to address a lifetime of struggle with her weight.

At 239 pounds, the Fall River resident was hovering at her peak weight and feeling an anger at herself that she was deflecting toward the people around her. She was also worried about the diabetes and heart disease that runs in her family.

She had attended consultations about the surgery in the past, but always opted to try dieting on her own. After years of losing and regaining weight, however, she was ready to make the commitment. Believing only decisive action could put her on a healthy path, she opted for bariatric surgery through the Southcoast Center for Weight Loss at Charlton Memorial Hospital.

Now, eight months after her surgery, Jennifer has already lost 60 pounds. The Weight Loss Center at Southcoast provided the support for her to develop new eating habits and the attitude necessary to maintain a healthy weight. Her anger has vanished, and she has an abundance of energy for her family and her job as sales director for Hilton Garden Inn and Renaissance Hotel at Patriot Place in Foxborough.

Once Jennifer decided that bariatric surgery was right for her, she underwent about eight months of preparation, including testing and workshops on healthy eating and emotional support.

“I received so much support, it kept me motivated and on track for what was coming,” she said.

In September 2021, Dr. Jorge Huaco Cateriano performed a laparoscopic sleeve gastrectomy, in which a stapling device is used to create a small, sleeve-shaped stomach, about the size of a banana. The smaller stomach means patients feel full with less food, enabling weight loss.

Because the procedure is laparoscopic, incisions are small and recovery can occur quickly. Jennifer was working from home a week after surgery and soon returned to her office.

After two weeks on a liquid diet followed by two weeks of eating scrambled eggs, cottage cheese and other soft foods, Jennifer now eats small, high-protein meals. She quickly feels full, something she rarely felt before, and isn’t tempted by the snacks and alcohol she once turned to for comfort, especially during the worst of the COVID-19 pandemic. “I could go home and easily drink a bottle of wine,” she said. Her mother, who died in 2015, was an alcoholic, so she found her own drinking worrisome.

Now that she wears a size 8, dressing for a special event is a joy, not a crisis. Even wearing a simple T-shirt and jeans remains a treat.

“I used to always worry about clothes draping and covering me in the right way,” she said.

At 167 pounds, Jennifer is likely to continue losing weight through the one-year anniversary of her surgery, but she has no target weight. She is thrilled with the results she has seen so far.  She can climb stairs without being winded and bend down without hurting her ribs.

Her self-esteem has improved and her tendency to depression has eased. She knows that support from Southcoast Health is always at hand, and she remains in therapy so she can continue to monitor her emotional and mental health.

“I should have done this a long time ago,” she said. “I’d have had more happy years. But now I’m just focused on the happiness ahead.”