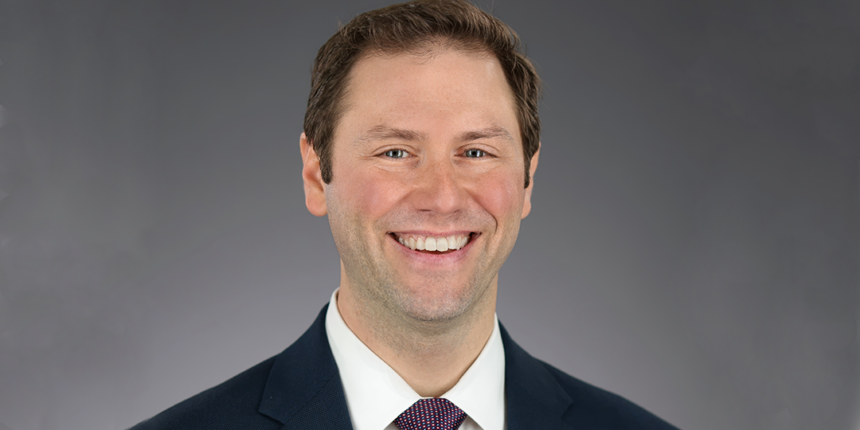 Dr. Sacchetti works out of St. Luke’s Hospital in New Bedford, coordinating the efforts of specialists at Charlton Memorial Hospital and Tobey Hospital.

About three times a day, a patient is brought to one of Southcoast Health’s three emergency centers with stroke symptoms. The clock is already ticking for those patients, for whom treatment must begin quickly to limit the damage that a stroke, sometimes called a “brain attack,” causes.

With a large number of seniors and high rates of smoking and obesity, the South Coast Region has a population with a greater risk of cardiovascular disease, including stroke. In 2020, about 900 stroke patients were treated in Southcoast Health’s hospitals through the Southcoast Brain and Spine Center under the direction of neurosurgeon Dr. Matthew Philips.

Dr. Sacchetti said that about 87 percent of stroke victims suffer ischemic strokes, which result from blood clots blocking an artery that delivers blood to the brain, resulting in symptoms that can include blurred vision, weakness or numbness in arms or legs, a drooping mouth, slurred speech and mental confusion. The remainder of stroke victims suffer hemorrhagic strokes — torn blood vessels that cause bleeding in the brain.

To provide care as quickly as possible, Southcoast Hospitals utilize telemedicine to provide expert consultation to patients- who arrive to the emergency department with stroke symptoms. That technology has been in use for years because it enables neurologists to observe a patient’s symptoms and promptly coordinate care with emergency room physicians and imaging specialists.

“Telemedicine has been around a long time specifically related to strokes,” he said. “Neurology and psychiatry are most geared to telemedicine.”

Physicians typically order a CT (computed tomography) scan immediately upon arrival to determine whether the patient is having a hemorrhagic stroke. Most hemorrhagic stroke patients, along with those suffering a blockage in a major artery, will need to receive extensive advanced care.

If the CT scan indicates there is no bleeding inside the brain, patients are assessed for potential treatment.

Physicians occasionally can deliver drugs that dissolve blood clots and often restore function for the patient if treatment begins within four-and-a-half hours of the onset of symptoms. “This is called thrombolytic therapy, and it is highly effective if those clot-busting drugs are delivered promptly,” Dr. Sacchetti said.  If there is a major artery that is occluded, patients can potentially undergo an intervention to remove the blocked artery.  This procedure can sometimes be performed up to 24 hours after the onset of symptoms.

“It’s really all about how much time has elapsed. The sooner treatment begins, the better the patient’s chances of recovering function.”

Many patients don’t recognize that they are having a stroke and arrive at the hospital too late for thrombolytic therapy to be effective, and therefore, many ischemic stroke cases are unable to be treated. Public education campaigns about stroke symptoms are essential to improve timely arrival and potential treatment for stroke.  .

After assessment for potential treatment, patients will be admitted to the hospital and undergo a diagnostic workup to determine why they had a stroke, as many different conditions can lead to a stroke.  Typically patients will have an MRI (magnetic resonance imaging) scan, which uses magnets and radio waves to identify damaged brain tissue caused by an ischemic stroke.  Other common tests include cardiac monitoring, an echocardiogram to assess heart function and several lab tests.

“Those kinds of changes offer the biggest reward,” he said.

Dr. Sacchetti received his bachelor’s degree from Boston College and his master’s from Boston University. He earned his doctor of osteopathy degree at the New England College of Osteopathic Medicine in Maine, and he completed a residency in adult neurology with Rhode Island Hospital/Brown University. He completed a vascular neurology fellowship at New York-Presbyterian Hospital/Weill Cornell Medical College in New York. A native of Braintree, he lives in Barrington, R.I., with his wife and two daughters.