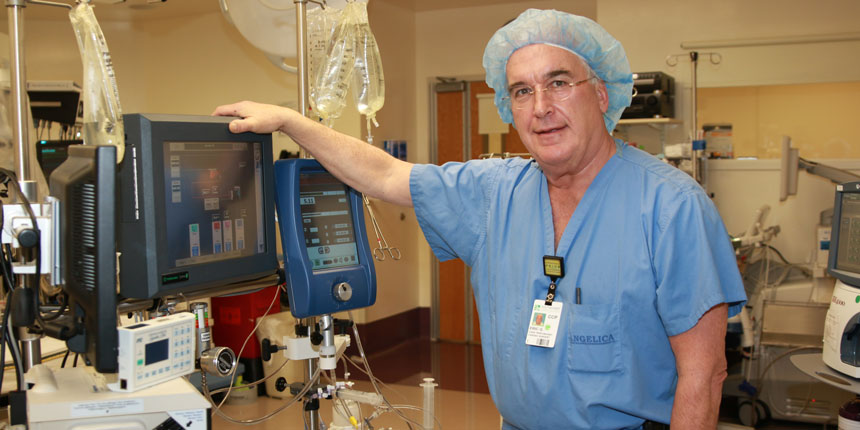 Southcoast heart patients, including one our own Eric Gustafson, enjoy nationally recognized and community-based cardiac care

Numerous studies drive home the point that support from loved ones helps patients recover more quickly from the pain and stress of surgery. However, these studies indicate that “social contact” needs to be in person. Phoning, Skyping, texting and tweeting don’t seem to have the same effect.

This is an insight that’s been at the heart of Southcoast Health’s approach to patient care long before such study data existed. That visionary awareness inspired the award-winning Health System to make sophisticated cardiac and vascular care a top priority, investing millions to bring lifesaving services to the South Coast community — allowing its patients to remain close to loved ones.

“One thing that makes Southcoast unique is that our level of cardiac and vascular care rivals that of other large health systems, but we don’t work in silos, which can be the patient experience at major hospitals. Communication between our departments is excellent—an open flow from specialist to specialist,” explained Richard Pin, MD, vascular surgeon, Southcoast Physicians Group Vascular and Endovascular Surgery. “So we have this multidisciplinary team that allows us to deliver a remarkable depth and breadth of specialists, and we never have to say, ‘OK, now you need to go to Boston.’ We do everything the larger centers do, right here in our community.”

Eric Gustafson, Chief Perfusionist in the Cardiovascular Surgery department at Southcoast’s Charlton Memorial Hospital in Fall River, knows Southcoast’s team emphasis from both a professional and a personal viewpoint, since he recently traded his scrubs for a hospital gown.

“Last October, on a Thursday morning, I lost peripheral vision in my right eye. I stood up, walked around, and it resolved itself in about a half a minute. But still, it was very disconcerting,” Gustafson said.

Based on his job, Gustafson knew enough to be concerned, so he acted quickly. The following offers a timeline of events from that morning on:

Friday: The next day for Gustafson began with a prompt visit from Wajid Baig, MD, a Southcoast Health Cardiologist. “Often when there is blockage in the carotid artery there are also blockages involving the heart, which could impact Eric’s surgery. So a cardiologist’s input was essential,” Dr. Pin explained. There were no initial indications of heart issues, so Gustafson was cleared for a next-day carotid endarterectomy, a surgical procedure to remove plaque from a narrowed or blocked artery.

Saturday: “The surgery went perfectly,” Dr. Pin said. “Once we cleaned out the artery, Eric had excellent blood flow to the brain.”

The following Monday: After surgery and while still under post-op care, Gustafson’s story took an unexpected turn. He experienced an irregular heartbeat for about nine seconds, which can indicate coronary artery disease. Philip Sabra, MD, Cardiologist with Southcoast Physicians Group, joined the team and scheduled a CT scan of the patient’s coronary arteries, which confirmed that Gustafson had blockages in his heart.

The cardiac catheterization did not indicate a critical situation, which has given Gustafson time to review all of his options with Southcoast Physicians Group Cardiologists. Today, those options include continued medical monitoring, surgically placing stents at the blockage site or coronary artery bypass surgery — all advanced cardiac services regularly performed by staff cardiologists at Southcoast.

Gustafson has opted for continued medical monitoring for now, but based on his successful surgery and Southcoast’s unique care philosophy, he’s confident that he has a healthcare partner for the long term.

“The care I received was world-class, certainly equal to the care at any large institution. Unlike some large hospitals, though, I never worried about getting lost in the sauce. I had the best of everything,” he said.

Of course, it also helped that Gustafson’s family lives near Charlton Memorial Hospital. “It was great to stay within one system in my own community and never drag myself and everyone else up to Boston,” he said. “I’m not going to say it was a pleasure being in the hospital — nobody wants to be sick — but I absolutely believe I did better at Charlton then I would have done anyplace else.”

Blood vessels create a living system of tubes that carry blood both to and from the heart. It’s a complex, interdependent network, and if one part stops working, the whole system’s jeopardized. To keep all systems go, here are three tips to maintain healthy blood vessels and a healthy heart: 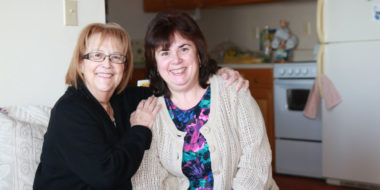 In Her Comfort Zone