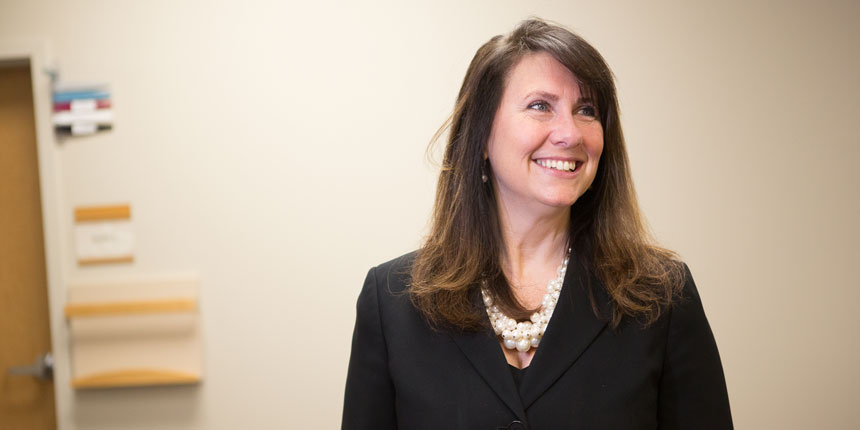 Maureen Sylvia Armstrong, president and CEO of the Sylvia Group and a Southcoast Health trustee, has been defying the odds since she was a toddler

Doctors feared she would never walk when she was born without hip sockets, but Armstrong grew up taking dance lessons, climbing trees and playing hard. A growth spurt in middle school revealed that her right leg was shorter than the left. Too busy for corrective surgery, however, Armstrong went on to become a cheerleader and basketball player at Bishop Stang High School.

Armstrong graduated from Boston College, married classmate Ray Armstrong, had two sons, assumed leadership of the family business and led numerous community initiatives — never allowing hip pain to stop her, even though doctors said she would need a hip replacement by age 28.

It wasn’t until after a New Year’s ski trip in 2011, when her hip popped out on the first run, that surgery could no longer be avoided. Doctors in Boston diagnosed a torn labrum, the soft tissue at the hip joint, but Armstrong had heard a top orthopedic surgeon, Michael Langworthy, MD, was coming to Southcoast Health, so she decided to delay her surgery until he arrived. When Dr. Langworthy, Southcoast’s Chair of Orthopedic Surgery, assessed her, he suspected bone damage and recommended a total hip replacement. She scheduled surgery in December 2013 after her company’s holiday party. “I had to dance,” she said.

Armstrong was walking unaided again within three weeks, a quick recovery time that Dr. Langworthy credits to the practiced efficiency of his surgical team. They perform complex surgeries in under an hour, reducing blood loss and risk of infection. “When I put my hand out, they give me the instrument I need,” said Dr. Langworthy. “It’s like a dance. I lead and they follow.”

St. Luke’s has nearly 40 physicians, surgeons and other clinical staff who sub-specialize in hip or knee replacement, he said. Patients recover in private rooms attended by nurses specialized in orthopedic care. Additionally, Southcoast was the first in the region to offer partial knee replacement using the Blue Belt Navio robot, which improves outcomes and shortens healing times.

Armstrong’s new hip has passed significant tests, including the large Thanksgiving and Christmas Eve dinners she hosts. “In the past, by the time it came to clean up, I’d be hanging on to the counter with pain,” she said. She hasn’t climbed a tree yet, but she has been tempted.

Dr. Langworthy expects that more and more people will recognize the care that is available in their own community. For Maureen Armstrong, the decision was clear.

“You can be operated on by a rock star surgeon, right here at St. Luke’s,” Armstrong said. 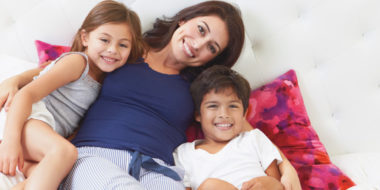