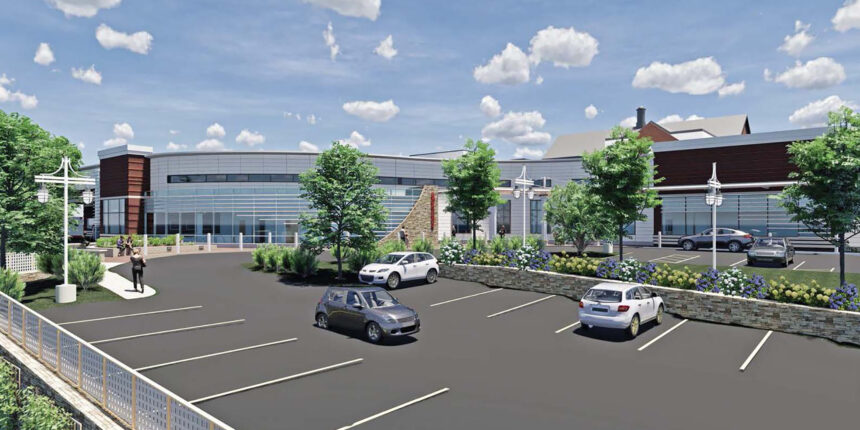 The new emergency center name reflects decades of support from both the Baldwin and Makepeace families, recognizing their commitment to the community.

“The naming of the emergency center is really in honor of Ian Michael Baldwin (Mike), a long time Tobey Hospital trustee and board chair for a number of years. Mike led the first campaign for the hospital soon after he became involved in the early 1970s. He then led the effort that established the original emergency department campaign in the early 1980s,” said his son Michael and daughter-in-law Margie Baldwin in a statement. “Mike engaged so many people in the greater Wareham area to support community health care needs and to set Tobey Hospital up for the future. It is a wonderful tribute to our family’s legacy and many decades of support to Tobey.”

Last renovated in 1987 to care for 15,000 patients per year, the current emergency center serves an average of 30,000 patients annually.

The Baldwin Makepeace Emergency Center addresses a critical need in the region and the expansion will double the number of treatment rooms available.

“When given the naming opportunity for the new Tobey emergency center, my sister Joanna and I talked and thought a lot about our grandfather, John, and our dad, Maurice. John was chosen with several others to carry out the vision that Alice Tobey Jones conveyed to them: to build a hospital in Wareham,” said Chris Makepeace. “That dream obviously came to pass in 1940. Although he continued to serve and support Tobey until his passing, our dad served on the board of trustees for years and supported the hospital his entire life. We are proud to recognize their legacy and fortunate to be able to carry it forward.”

Tobey Hospital has a rich history of community support beginning with Alice Tobey Jones. Over the decades, the Baldwin and Makepeace families, as well as many other families across the South Coast region, have been instrumental in ensuring Tobey Hospital’s continued growth and expansion.

“Southcoast Health is proud to honor these contributions with the naming of the new emergency center,” said Michelle Loranger, Executive Director of Philanthropy at Southcoast Health. “As we build a new and expanded Tobey emergency center to serve our greater Wareham region, it is fitting that the names Baldwin and Makepeace will grace this critical community resource.”