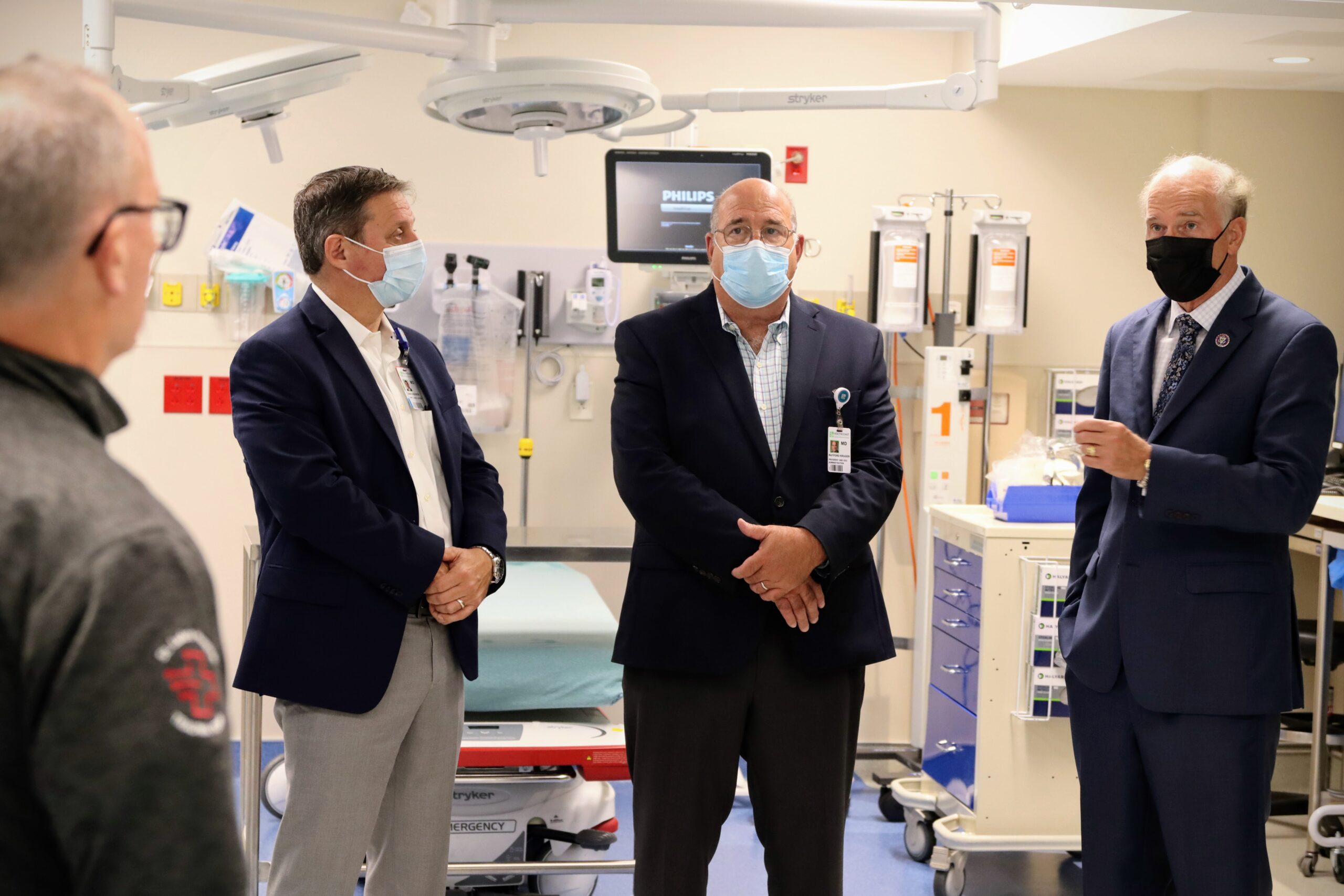 St. Luke’s was designated a Level II Trauma Center by the Massachusetts Department of Public Health in 2021

Keating’s successful Community Funding Project request for the St. Luke’s Level II Trauma Center was one of the 10 he is allotted in the 9th Congressional District, according to the House Appropriations Committee. The request was also supported by Sen. Elizabeth Warren, D-MA, and Sen. Edward J. Markey, D-MA, as Congressionally Directed Spending.

“Here in historic New Bedford, on site at one of the busiest hospitals in the Commonwealth, I am honored to be among our frontline healthcare workers who deserve all of the support we can offer them,” Keating said. “I’m seeing up close how this funding will help strengthen Southcoast Health’s new Trauma Center, which can treat the most serious of injuries and reduce the need for transport to Providence and Boston. It’s beyond impressive. The medical professionals and the advanced technology, accessible 24/7 right off of 195 at St. Luke’s, are literally life savers for our region.”

St. Luke’s was designated a Level II Trauma Center by the Massachusetts Department of Public Health in October of 2021 after earning verification from the American College of Surgeons. It is the only such center in EMS Region V, serving southeastern Massachusetts, as well as in the 9th Congressional District.

“On behalf of Southcoast Health and the patients we serve, I offer my thanks to Congressman Keating, Senator Warren, Senator Markey, and all in our legislative delegation for their longstanding commitment to public health in southeastern Massachusetts,” Kruger said. “This is a great day for care, safety, and readiness in our region. These much-needed funds are being put to immediate use by the St. Luke’s trauma surgeons, nurses, providers, and staff, which will bring direct benefit to the people who call this part of the Commonwealth home.”