“This is one of the many ways that Southcoast Health positively impacts both our patients and our local communities. Not only are we the region’s premiere provider of healthcare services, but we also serve as our region’s primary economic engine with more than 7,400 employees. We are the largest employer headquartered in Southeastern Massachusetts and the 17th largest in the Commonwealth,” said Keith A. Hovan, President & CEO of Southcoast Health. “Our investment in our system-wide electronic health record (Epic) not only positively impacts the care and experience of our Southcoast Health patients, but it also had a profound impact on our region’s economy.”

Southcoast Health’s budget to implement Epic was spread over the course of a year and a half from mid-2014 through the system’s completed launch this past October. Roughly 30 percent of that budget, or $31 million, went to costs associated with expenses for Epic staff and consultants.

“Any time a major local employer decides to make a strategic investment to modernize its operations, it puts our entire local economy in a much stronger position over the long-term. Epic is not just about improving the quality of an electronic health records system; as welcome as that may be, Epic is about strengthening the competitiveness of the entire Greater New Bedford economy,” said New Bedford Mayor Jon Mitchell.

In the last week of September alone, when Southcoast Health was preparing to launch the new electronic health record system, roughly 540 individuals visited the region from all over the country, including Epic’s home office in Wisconsin. In the period from September 31 to October 30, about $700,000 went back to the local economy as the team assisted the launch.

“The continued growth of Southcoast Health is a driving factor in the region’s economic resurgence,” said Kenneth Fiola, Jr. Esq., Executive Vice President of the Fall River Office of Economic Development. “This growth has allowed the South Coast region to diversify its economy and provide direct and indirect employment opportunities for thousands of South Coast residences. The emergence of Southcoast Health as statewide leader in the healthcare sector continues the positively position the region for growth in supporting and complementary sectors which in turn further strengthens the region for development.”

According to Richard Lafrance, President & CEO of Lafrance Hospitality Company, “this volume of business has been a key driver of our hospitality business for the past several years and has afforded us the ability to increases our staff wages and reinvest in our facilities.” In just the period from September 31 to October 7, 440 room nights were used at the Hampton Inn. “The impact of this influx of guests has certainly been multiplied in area business as well such as restaurants and personal services, contributing additional dollars into our local communities,” Lafrance added.

Epic will consolidate all of a patient’s medical information into a single electronic record that can be securely accessed by a healthcare professional anywhere in the Southcoast Health system, which includes four hospitals – St. Luke’s Hospital in New Bedford, Charlton Memorial Hospital in Fall River, Tobey Hospital in Wareham and Southcoast Behavioral Health in Dartmouth – two Urgent Care Centers, and over 400 physicians in offices across Southeastern Massachusetts and Rhode Island, as well as the Southcoast Visiting Nurse Association (VNA). 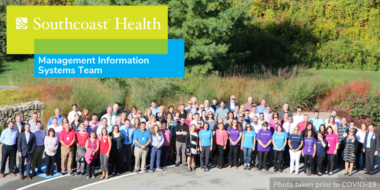 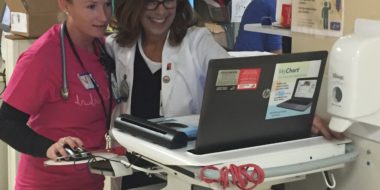