Southcoast Health recognized as one of America’s 100 Best Hospitals for Cardiac Care, Cardiac Surgery and Pulmonary Care by Healthgrades

NEW BEDFORD, Mass. – Southcoast Health today announced that it has been recognized by Healthgrades as one of America’s 100 Best Hospitals for Cardiac Care, Cardiac Surgery and Pulmonary Care, as well as among the Top 5 percent in the Nation in Patient Safety and a recipient of the Patient Safety Excellence Award. Healthgrades is the leading online resource helping consumers make informed decisions in order to find the right doctor, the right hospital and the right care.

Areas where Southcoast Health received recognition for the first time include Healthgrades America’s 100 Best Hospitals for Pulmonary Care and a Five-Star Rating for Treatment of Heart Failure.

“These recognitions are further testimony that Southcoast Health is providing a level of care that is on par with the best hospitals in the U.S.,” said Keith Hovan, President & CEO of Southcoast Health. “At the forefront of this achievement is our dedication to improving quality care and patient safety, which is represented by these awards of excellence.”

These achievement are part of new findings and data released this week on Healthgrades.com and in the Healthgrades 2015 Report to the Nation. For its analysis, Healthgrades evaluated approximately 40 million Medicare-patient records for nearly 4,500 short-term acute care hospitals nationwide, assessing hospital performance relative to each of 33 common conditions and procedures.

“As Americans take increasing responsibility when it comes to their health, it is more important than ever for consumers to access objective measures of quality when selecting a physician and hospital,’ said Evan Marks, Chief Strategy Officer, Healthgrades. “Consumers who select a physician associated with a hospital with Healthgrades 5-star performance in a specific procedure or condition can potentially improve their health outcomes and reduce costs.”

The following is a full list of recognitions received by Southcoast Health:

Detailed performance information, such as cohort-specific outcomes data and quality achievements, as well as more information on the Healthgrades 2015 Report to the Nation, including the complete methodology, can be found at www.healthgrades.com/quality. 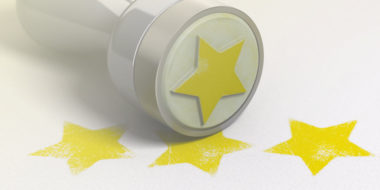