‘I Knew I Had Hurt Myself Pretty Badly,’ Says Yoga Instructor 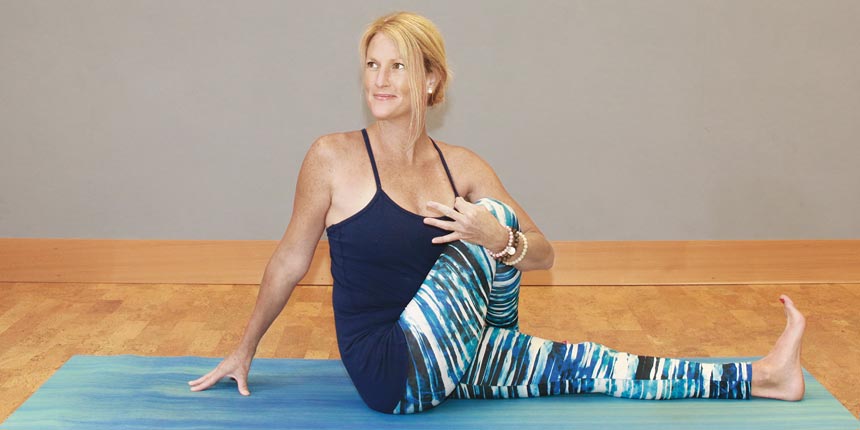 When a fall threatened her active lifestyle, Jennifer Risio turned to Southcoast

Jennifer Risio, of Mattapoisett, is used to being on the go. The mother of three active children is a Reiki Master and teaches yoga at Anchor Yoga in Mattapoisett. But in March, a terrible fall threatened to sideline her.

Jenn, a teacher by nature, decided to demonstrate the use of a new pull-up bar for her 10-year-old son.

“We had bought the bar to help him increase his upper body strength for lacrosse,” Jenn recalls. “We set up the bar and placed a wooden stool near it to help him reach the bar.”

But, as Jenn pulled herself up, the bar dislodged from the doorframe, and she fell, hitting and breaking the stool before landing hard on the floor. The bar hit her mouth, driving her upper teeth into her lip.

“I got right up,” she says. “But I knew I had hurt myself pretty badly. I had terrible pain in my arm and back.”

Jenn’s husband, Jon, took her to the Southcoast Urgent Care Center in Fairhaven, where they had been several times before.

“We’ve always had a great experience there,” she says. “And this time was no different. They saw us in 11 minutes.”

The team at the Urgent Care Center treated Jenn and comforted her children.

“I was bleeding from the mouth at that time and in a lot of pain. My children were very upset,” she says. “The staff at Urgent Care calmed them and ensured them I would be OK.”

X-rays and an MRI were ordered and her arm was put in a cast. Jenn was instructed to see an orthopedic physician as soon as possible. Having had a positive experience at Southcoast’s Hand Surgery program after a previous mishap, she decided to pay another visit.

She had an appointment with Victoria Bruegel, MD, within 36 hours. “I fell on Saturday and she saw me on Monday,” Jenn recalls. Dr. Bruegel concluded that Jenn had fractured her ulna, a bone in the forearm. The doctor instructed her not to lift anything with the arm and showed her some exercises to preserve mobility and strength in the arm while she rested it.

Then it was time to seek help for her back. “I knew something was wrong,” Jenn says. “I had bruising on my spine and ribcage, and I was in terrible pain.”

Time was also of the essence. A family vacation to Disney World was just a few days away.

“I called the Southcoast Brain & Spine Center in Dartmouth, and they worked so hard to get me in before I left on vacation,” she says.

Jenn was seen by physician assistant Marie Aguiar, who determined that Jenn had a fracture of the T-7 vertebra. Again, there was little to be done besides rest.

“I just kind of lost it,” Jenn says. “I had been in so much pain, and we were getting ready to go on vacation. But, Marie was wonderful. She gave me a big hug and told me that everything was going to be OK.” Marie advised Jenn to go on her vacation and have fun, but not to overdo the rides.

Once home, Jenn continued to rest as much as possible and teach yoga “off the mat” (teaching without demonstrating the poses). “It was difficult,” Jenn says. “But I think it helped me become a better yoga teacher and made me much more empathetic toward students with injuries or limitations.”

By July, Jenn felt 99 percent healed, and she was back to teaching yoga and her Reiki practice. “I’m back to being Jenn again,” she says, giving much credit to Southcoast.

“My experiences throughout the Southcoast system were great,” she says. “Southcoast will always be the place I trust for my care.”

Get the Care You Need When You Need It 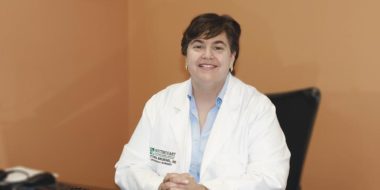 Get Help for Hand and Wrist Pain 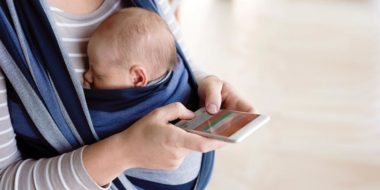