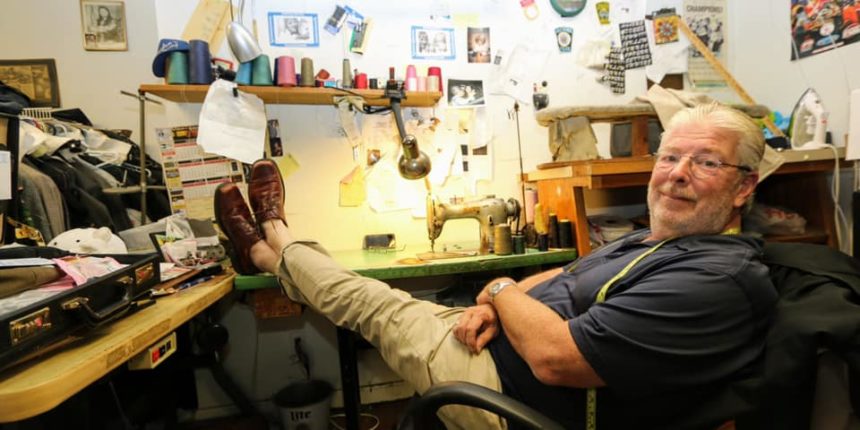 In a cluttered shop on Fall River’s Rock Street, hunched over a buzzing sewing machine, sixty-something Dennis Lebow practices the same exacting craft his dad did, under the same name — for lawyers and accountants, brides and grooms, anybody from “all walks of life” who needs to look sharp for work or a special occasion.

“This is a judge’s robe right here,” says Reuben The Tailor as he pulls the garment from the back of a chair to clear some space for us. Minutes later, a customer comes in to pick up a dozen uniform tops, and they talk for a minute. Lebow offers discounts to first responders, postal workers, and others. In a vanishing trade, he attributes nearly seven decades of success to skill, availability, and personal service. He takes pride in giving back to those who provide a service to the public.

“That’s why I approached Southcoast Health, to give their employees a perk,” he says. “And this was even a number of years before I got sick and they saved my life.”

Lebow tells the story this way: He had been getting dizzy more and more often, suffering spells so severe that the room would spin and he’d have to sit down, focusing on a fixed point. Nausea. Coughing. Even when the feeling subsided, he would perspire so heavily “you could wring the sweat out of your shirt.” In March of 2017, after a particularly tough morning that had his family and customers concerned, he decided to hang up the CLOSED sign and ask his wife to drive him to Charlton Memorial.

He collapsed in the parking lot.

“Next thing I know, they’re rushing me in, and my wife is telling them I’m having trouble breathing,” Lebow says. “She’s thinking it’s just pneumonia, but the staff is asking her to wait outside the room and get the family together. And she goes ‘What are you talking about?’ And they said ‘It’s his heart.’ I’m semiconscious now, and they’re sending my adult kids into the room one by one.”

After being stabilized, examined, and tested, Lebow underwent a cardiac catheterization and was diagnosed with ventricular tachycardia and dilated cardiomyopathy. Ablation was performed, and a cardioverter-defibrillator was implanted under the direction of Physician-in-Chief Dr. Peter Cohn and cardiologist and electrophysiologist Dr. Arnoldas Giedrimas. Within weeks, he was feeling better than he had in years.

“When my wife picked me up, I turned around, looked at the hospital, and said thank you,” Lebow says. “Thank you especially to Dr. Cohn and Dr. Giedrimas; thank you to the nurses; thank you to the staff. The care was phenomenal. I would have been dead by late afternoon. When you’re in that situation, you kiss the ground and thank God there’s a hospital right down the street that is second to none.” 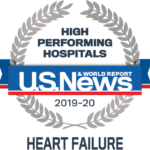