“Southcoast Health is so fortunate to have Jill Fearon’s energetic commitment and the Makepeace family’s devoted sense of service as part of our community. These medals serve as a symbol of our deep appreciation and gratitude for their outstanding service,” said Keith Hovan, chief executive officer of Southcoast Health.

Jill Fearons began driving support and advocacy for Southcoast Pediatrics with a relatively modest party in her home in 2014. From that humble beginning, Jill’s passion, energy and enthusiasm have led to the growth of an annual fundraiser – The Fearons Celebration – that is now one of the biggest charitable endeavors in the south coast.  Not content to promote Southcoast Pediatrics on just an annual basis, Jill also plans and directs a myriad of activities, from lemonade stands attended to by her children to Teddy bear and toy drives involving volunteers and merchants from throughout our community. Jill is known for caring about every pediatric patient that walks through St. Luke’s Hospital’s doors and has spent hundreds of hours as a volunteer baby cuddler. In 2018, Jill added to her portfolio of fundraisers the Food for Tots program, where she brought together media partners and restaurateurs to direct publicity and donations to Southcoast pediatrics. Jill’s efforts have raised hundreds of thousands of dollars for Southcoast Pediatrics.

“I am incredibly grateful to be recognized by the Trustees – many of whom I admire for their commitment and tireless work in our communities. I’m very fortunate to be the one whose name is on the award, but the truth is that I am simply the quarterback on an amazing team. I take the ball and hand it off and they make all of these incredible things happen. This recognition really belongs to them,” said Fearons at the award ceremony.

Joanna Bennett and Christopher Makepeace are siblings who come from a family whose commitment to Tobey Hospital dates back to when its doors first opened in 1938. Their grandfather, John Crocker Makepeace, served on Tobey’s board and as the hospital’s first treasurer, while their father, Maurice Bursley Makepeace carried on the family commitment of board service for over three decades. “We are so blessed to have been born into this family,” said Christopher Makepeace during the presentation.  Joanna Bennett added, “We do what we can to carry on the legacy of our father and grandfather, who taught us that much is required of those who are given much”.

Joanna and Chris have continued their family tradition of giving. They created a foundation in memory of their parents in 1998 and with grants from the foundation established an endowment at Tobey Hospital to ensure perpetual support for patient care for generations to come. Chris and Joanna extended their generous support with a major capital gift that established the Makepeace Center for Women and Families. Most recently, Joanna served on the planning committee for the Campaign for Southcoast Health, and she and her brother followed up with a capital gift for the upcoming renovation and expansion of the Tobey Emergency Department.

While Chris and Joanna’s family legacy of giving is recognized throughout the Greater Wareham and Marion communities, they are most notably known for their selflessness and modesty. 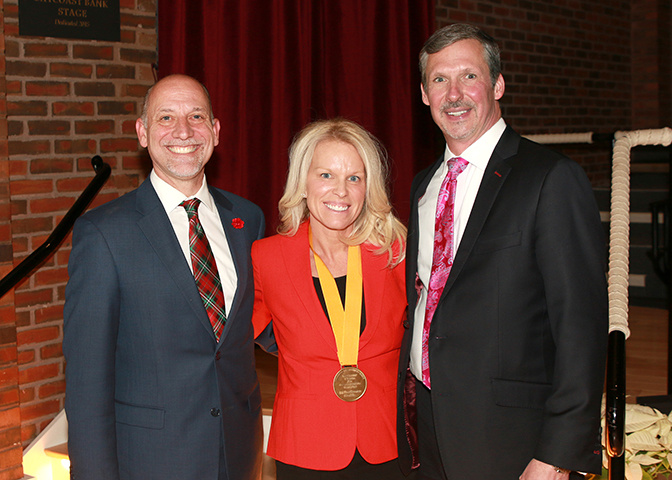 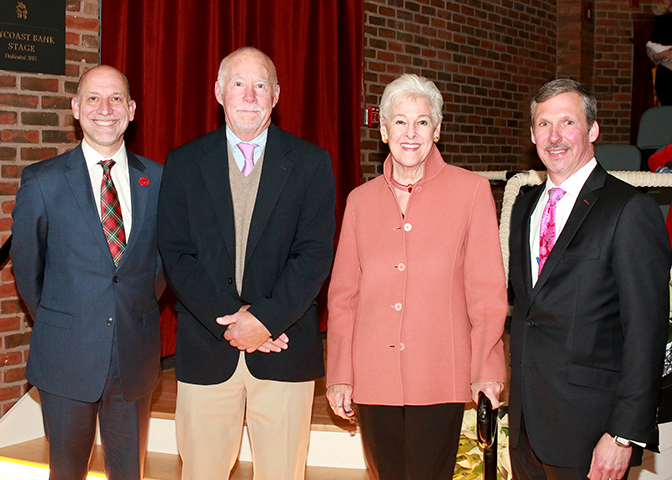