A Renewed Appreciation for Prevention, Care and Life 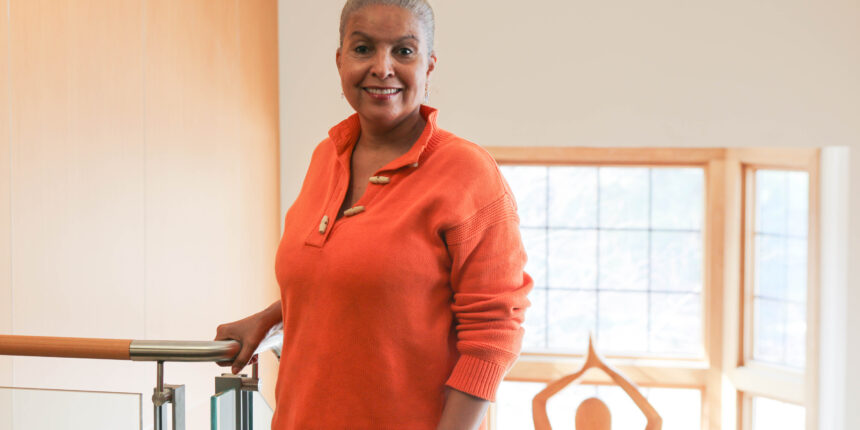 The importance of preventative care

Maria DaRosa had enjoyed a lifetime of good health, so when the pandemic delayed her routine colonoscopy in the spring of 2020 she didn’t hurry to reschedule it.

“I’ve been blessed,” she said. “I’ve been so healthy, I took things for granted.”

A year later, she blamed food poisoning when she started getting sick with intestinal distress. She initially suspected food she ate at a wedding and then the contents of her refrigerator, which she threw out.

By June, it was clear to her that food poisoning wasn’t the culprit. She was now vomiting and would often double over with sudden pain during her shifts at Southcoast Behavioral Health, where she worked as a registered nurse.

That’s when her primary care physician, Dr. Tina Charest, ordered a CT scan, which revealed a mass the size of a kiwi where her small and large intestine met. A biopsy revealed it was cancerous.

“I was shocked,” she said. “I thought maybe they had the wrong person. Cancer was the last thing on my mind.”

Dr. Susan Kim, a medical oncologist with Southcoast Health Cancer Center, and a full medical team planned a course of care for Maria, who is 63. She felt confident in Dr. Kim and the surgeon, Dr. Michael Grossman, Chief of Trauma Surgery, but she wanted a second opinion. Dr. Kim recommended a doctor at Dana Farber Cancer Center, who confirmed the diagnosis and treatment plan. Though friends urged her to get treated in Boston “I felt 100 percent certain of my decision to stay with Southcoast”, said Maria.  Maria knew she’d get the same level of care at Southcoast Health just minutes from her New Bedford home.

Dr. Grossman removed a foot-long section of her bowel, along with all the cancer. Radiation was unnecessary, but because cancer was also found in her lymph nodes, Dr. Kim ordered six months of chemotherapy, which she received every other week at the Cancer Center in Fairhaven.

Her last session was on January 14, and Maria is now focused on eating well, exercising and sleeping to regain her strength while she remains on leave from Southcoast Behavioral Health. She also takes every opportunity to remind friends and loved ones about the importance of keeping up with routine health screenings.

A colonoscopy can prevent cancer by catching it in the benign stage, removing polyps before they have a chance to become cancerous. Maria had her first colonoscopy at age 50, as then recommended, but the guidance is now age 45, said Dr. Kim, who recently had her own first screening.

Physicians consider it so important that when Dr. Kim’s sister was married at age 45, in the father-of-the-bride speech, their father, an oncologist, urged wedding-goers to get a colonoscopy. Home test kits, such as Cologuard, are less effective because they only detect cancer, not polyps, she said.

Maria is convinced that she would have avoided cancer had she quickly rescheduled her colonoscopy. “I feel so guilty that I didn’t follow through with something so simple,” she said.

Nonetheless, Maria’s optimism never failed her throughout her treatment, said Dr. Kim. “From day one she never wavered from the most positive attitude,” she said. “She brings an energy and light to the clinic whenever she comes.”

The experience has given Maria a new appreciation for prevention and for life. She savors her time with her 92-year-old mother, her two granddaughters, and her two daughters, Justina Perry, PT, DPT, PRPC, a Southcoast physical therapist specializing in women’s health, and Danielle Perry, an occupational therapist at Brockton Hospital.

Maria is grateful for the care she received from Southcoast that “went above and beyond” for her. “My doctors, nurses, social worker Susan Domingue, housekeeping – each and every one. They made me feel totally taken care of.”