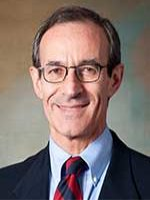 Dr. Pricolo joined Southcoast Health in October 2012 as Chief of General Surgery and Colorectal Surgery. He had been practicing for over twenty years in Rhode Island as the Director of Colorectal Surgery and full Professor at the Alpert School of Medicine of Brown University since 1999. In 2013 Dr. Pricolo was appointed Cancer Liaison Physician to the American College of Surgeons’ Commission on Cancer.

Dr. Pricolo is board certified in surgery and is a pioneer of endoscopic and minimally invasive surgery and continence-preserving procedures in colon and rectal surgery. He received his medical degree from the University of Milan in his native Italy. He completed a surgical residency at Brown University, followed by additional training in basic science research, gastrointestinal surgical endoscopy and colon and rectal surgery at Brown, Massachusetts General Hospital and the Mayo Clinic.

Dr. Pricolo is the author of over 100 peer-reviewed articles in scientific journals and book chapters and an invited lecturer by national and international medical schools and surgical training programs.

At Southcoast Health, we strive to deliver exceptional patient care along with an exceptional patient experience. We appreciate all of your feedback and share your comments to recognize the wonderful care our teams provide to you as well as identify areas for improvement.

Why does Southcoast publish survey ratings online?
Southcoast is dedicated to providing patients and consumers with helpful information about the quality of our patients’ experiences. Star ratings published on our physician biography pages are based on actual responses from patients of that particular physician to patient satisfaction surveys that are distributed and processed by a national patient satisfaction survey vendor.

Who receives the survey?
Our vendor sends surveys via SMS or email to all patients seen in our outpatient physician practices who have a valid smart phone number or email address on file with Southcoast Health. Surveys are sent to patients within a few days of their appointment.